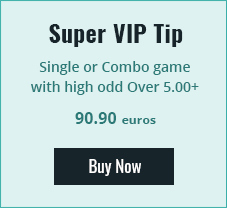 West Ham United hosts Tottenham Hotspur in a capital derby from the 25th round of the Premier League. We expect some terrific football here, so let us make a preview of this game.

West Ham United continue to do some impressive work this season. The Hammers are currently 5th in the Premier League with 42 points won which puts them on par with the 4th Chelsea. It’s just the goal difference which puts them behind the Blues in the standings. It’s absolutely terrific what the manager David Moyes and his boys are doing so far. Nobody really expected it from them.

In the previous round of the league West Ham enjoyed their 12th win for the season. The Hammers faced Sheffield United at the London Stadium and got the three points with a spectacular 3-0 win. Decian Rice scored from a penalty kick in the first half while Issa Diop and Ryan Fredericks finished the job after the break. West Ham have lost just one of their last five games in the league.

Tottenham Hotspur approach this visit from 9th place in the standings which is surely not where they would want to find themselves. Spurs have won 36 points so far and they have lost four of their last five matches – clearly a huge problem for the club and the manager Jose Mourinho.

In their last game Tottenham lost for a 7th time this season. Mourinho’s boys faced the leader Manchester City at the Etihad and went home with a 0-3 defeat. Spurs didn’t do much in this game, so they were left with empty hands.

That’s our preview of the Premier League match between West Ham United and Tottenham Hotspur at the London Stadium. Usually Spurs would be the favourites here, but now we are not completely sure given these two teams’ current situation.